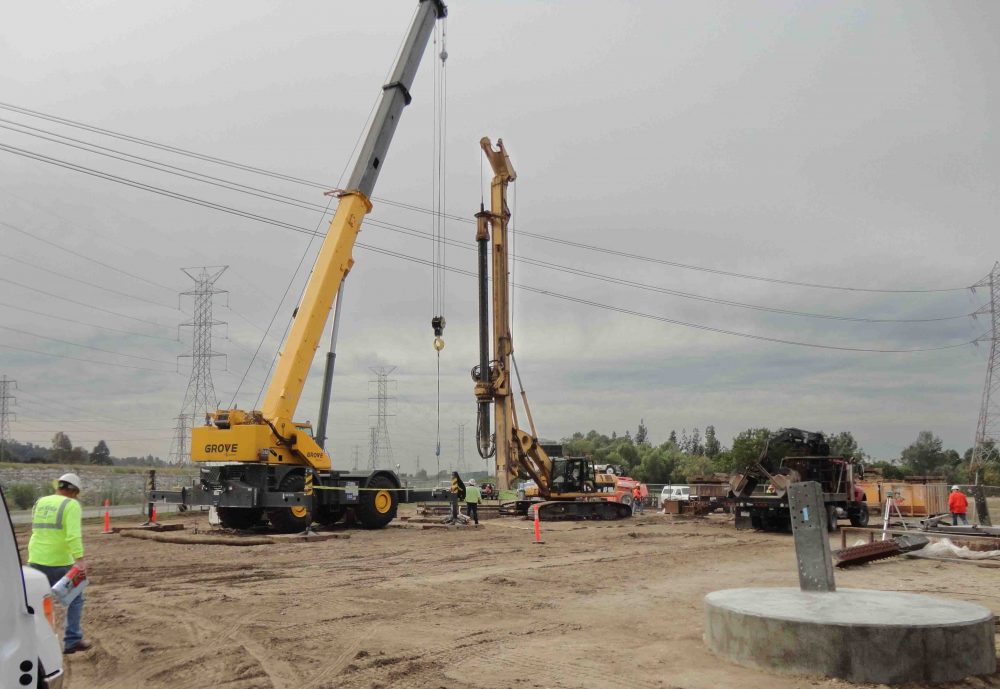 Starting in the spring of 2012 crews began work on the mammoth 1352 foundation project from Center to Grand Forks, ND.  The Minnkota Power-owned 345 kV transmission line spans the Missouri River in the west then continues through the farm fields and prairies to bring electricity to the communities of eastern North Dakota and western Minnesota.  Finishing in February of 2014 it became the largest transmission project Tri-State had ever completed at a total contract value of over $70MM.